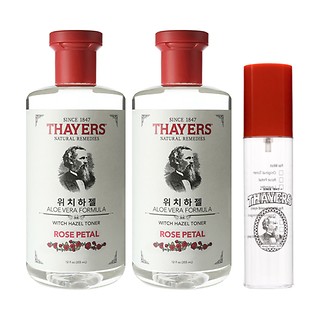 You can use your mileage up to 10% of the listed price depending on the company/brand policies.

Dr. Henry Thayer, who was born in a prominent doctor family in Massachusetts, founded Henry Thayer & Company in 1847. In his herb-based pharmaceutical business, he was inspired by his nephew Rose Thayer and her skin care know-how to develop a toner line. Henry Thayer gained recognition from the academia and pharmaceutical community with his witch Hazel extraction methods. According to records, he won the silver medal from the American Institute of New York in 1855 for his findings related to witch Hazel extraction methods. Also, the extract’s excellent quality earned him an award from the Massachusetts Charitable Mechanics Association in 1856. On November 15, 1890, the Pharmaceutical Era, a pharmaceutical journal, introduced that the witch Hazel extract was first made by Thayer. Witch Hazel extracts, which are commonly used in toner and moisturizers today and which have been approved for its stability, were first created by Thayer, and they instantly attracted attention from the medical and pharmaceutical communities. Even today, Henry Thayer & Company is continuing research to develop more advanced witch Hazel products. Instead of expanding its lines and increasing the kinds of its cosmetic products, the company strives to produce one stable product. In the present day, Thayer’s toner is still receiving the same level of popularity as other big-brand toners in America.
You can always trust Thayers. 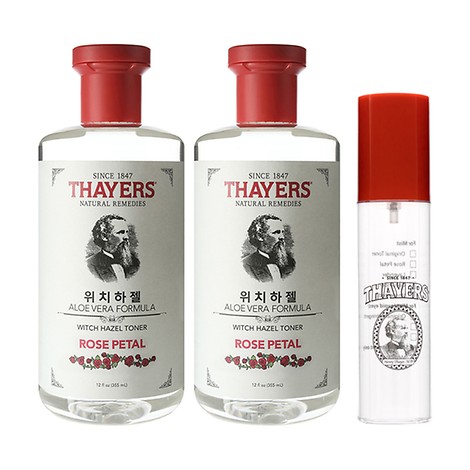