HOME > THE EXPERIENCE > STORIES OF TRANSFORMATION

“I am a flight attendant. I have dry skin, which can be especially problematic in winters. In addition, my working environment is extremely dry. Every flight I work in, it would strip away so much moisture from my face, so moisturization is especially important for me! Since I started using the legendary Creme de la Mer, I noticed that it was much easier to put on makeup. My skin looked radiant, and the fine lines are much less apparent. Many of my fellow flight attendants would ask if I changed my foundation brand. The truth is, I didn't do anything different other than using La Mer's creme. When I use the creme with the Concentrate, the moisture-locking effect is even more apparent. These are the best products I've ever used, because it keeps my skin hydrated without leaving it feeling greesy.

Additionally, because the dryness of cabin air, I like to use facial mists every so often. However in the past, the mist I used would either evaporate soon after application or melt my makeup. Until I tried The Mist from La Mer - it made my face feel so refreshed and noticeably kept my skin hydrated!

As everyone knows, flight attendants are required to do eye makeup. Yet that tends to make our eyes look tired and create a lot of fine lines. Especially with red-eye flights, the dark circles get worse and give me panda eyes. Since I started using La Mer's The Eye Concentrate, my crow's feet became significantly better. And after massaging the eyes with the special tool, my eyes no longer looked so tired.

Besides doing eye makeup, we also have to wear lipstick. Sometimes, the lipstick can be very drying and end up accentuating the lines on my lips or causing my lips to peel. La Mer's lip balm is so soothing. I would use it before I apply lipstick, and my lips would feel so moisturized and soft even after long-haul flights.

I go get facials all the time. My facialist even asked me what I did to make my skin so great, and of course I introduced her to La Mer. I will continue to use La Mer products until when I get married next year, so that I can be a beautiful and radiant bride!”

“Since my job requires me to spend a lot of time in dry airplane cabins, moisturization is my absolute skin care priority. After the trial use, I finally understood the appeal of Crème de la Mer, which completely eliminated the oil problem that I had always been worried about, and had a particularly amazing moisturizing effect. I only had to use a little bit and I could spend all night in an air conditioned room. This made me very happy! As for the Eye Concentrate, after finishing an overnight flight, I first discovered that it could quickly moisturize my dry facial skin, and was effective in reducing fine lines caused by dehydration. This experience allowed me to experience for myself the truly miraculous effects of La Mer products. I want to tell other people about my experience so they can also benefit from the amazing effectiveness of these products.” 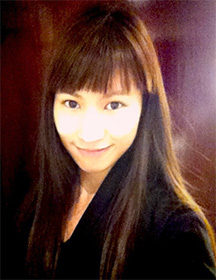 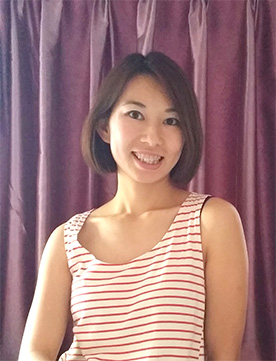 “As a flight attendant, I am always working in an extremely dry environment. The air conditioners constantly strip away the moisture in my skin, causing my skin to be dry and dull. The change in destination and climate further adds stress to my skin and makes it lose its radiance. I've tried many different brands of skincare products, but the effects are often temporary and none could hydrate my skin long enough. My skin gets dry after an hour or two, and my makeup starts to melt.

However, since I tried La Mer products, my skin became so supple. Like a sponge, it could retain so much moisture that even after a 14-hour flight, it would still be hydrated. After a long day of work, my face would still look fresh and not dull.

The Mist feels so refreshing when applied, and it locks in moisture for a long period of time. I like the fact that it is great to carry onboard. No matter how busy I am, I can easily take it out and with with one quick spray, I am energized.

The Eye Concentrate is made of many previous ingredients to help diminish the look of fine lines. Every night I use the special to massage my eyes. It not only relieves stress but also reduce the puffiness around my eyes.

My favorite product from La Mer is The Concentrate. It can miraculously improve my skin and make it feel silky smooth. This energizing serum not only hydrates skin, it can also reduce the redness and irritation caused by dryness. I now no longer worry about my skin during season and climate changes.

Creme de la Mer is the most legendary of all La Mer products, and it is all because of its key ingredient - the Miracle Broth. It can hydrate my skin for a long period of time and make it feel so soft. Even after a night of sleep, my skin is still moisturized and supple. I highly recommend.”

“During hot summer days, I spend a lot of time in air conditioning, and even have to run it during the evening after returning home. When I wake up, I always feel that my skin is particularly dry. After using La Mer’s Creme, I felt like my skin stayed well moisturized, even in air conditioning. Instead of making my skin feel oily or look shiny, my skin felt balanced and hydrated. My pores were also reduced and not as noticeable.” 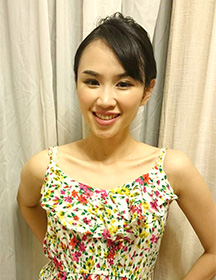 “ I have found that working as a cabin crew member, most women would say they have very dry skin and an oily T-zone area. Halfway through a long haul flight, my makeup starts to run, and this is quite common among my colleagues. Everyone says this is probably due to the fact that the skin is not properly moisturized before applying make-up. Therefore, before applying my make-up, I used the La Mer Concentrate plus the Crème de la Mer after which I applied my usual make-up before getting on the plane. Four or five hours later, I discovered that my face did not look shiny and that my make-up had stayed on. Moreover, when touching up during the flight, I also used the Eye Concentrate and the Hydrating Mist to maintain my skin moisture,

and after 12 hours of flying, my colleagues admired my eyes for remaining shiny, with absolutely no dry lines. In addition, I must mention that, my lips are obviously super dry, with very severe flaking and dry lines, and I essentially have to touch up my lipstick some dozen times every flight. But using the La Mer Lip Balm, I only had to touch up twice. The lip balm was matte and did not have an oily feel.” 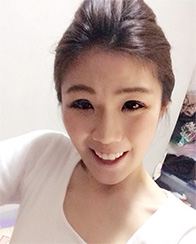 “My skin has always been dry, and working long hours at 30,000 feet often means my make-up is a “floating powder” mess! Even when giving my skin lots of moisture and drinking a lot of water, my skin still becomes flakey and that’s just embarrassing. Having used the La Mer products for 10 days, my skin was significantly improved. Who would have guessed that spreading on a layer of The Concentrate before putting on makeup, would not only soothe the redness on my forehead, but also enhance the texture. CRÈME DE LA MER adds much moisture to your skin, providing abundant moisture to the very dry skin layers. The “floating powder” condition disappeared, and I did not have to apply make-up as often during the flight.

After flying for a whole day, getting off work, and saying goodbye to the deplaning passengers, my makeup still looked good.”